skip to main | skip to sidebar

The Truth About Agave

I've been using agave in my products along with local honey and pure maple syrup, from the beginning. I've never used any artificial sweeteners or overly refined sweeteners, as my policy has always been to use only whole-food ingredients, but all of a sudden agave nectar is the subject of some not-so-sweet controversy. How did this all-natural sweetener go from being applauded to avoided? And is the negative hype to be believed? The answer is a resounding “no.”
Though agave nectar has been around for centuries, its popularity has seen tremendous growth over the past few years—growth due in large part to a better informed, more health-conscious society. With obesity and type 2 diabetes on the rise and increased concern about chemically processed foods, all-natural sweeteners like agave nectar have become the chosen alternative to artificial sweeteners such as aspartame (Equal), saccharin (Sweet’N Low) and sucralose (Splenda).
A little background about agave:
The agave plant is found mainly in western Mexico; it is also found in the western and southern U.S. and tropical parts of South America. The agave plant’s ability to grow in a harsh environment without the need of pesticides and fertilizers and little need for water make for sustainable growth and harvesting.
To make agave nectar from the Blue Agave plant, harvesters remove the core of the Blue Agave, or piña, by cutting away the plant’s long, spiny leaves. The juice is then expressed from the piña, filtered and turned into agave nectar by either a thermal or enzymatic process. Whichever process is used, the plant’s naturally occurring complex sugar molecules are separated into fructose and glucose.
So why the recent backlash?
Why the uproar about agave nectar when it’s still the same all-natural, organic, healthy product it was centuries ago? It all has to do with the f-word: fructose. We’ve all heard about high fructose corn syrup (HFCS)—it is added to just about everything we eat from the obvious like sugar cereals to the less obvious like hot dog buns. But did you know HFCS is made by using caustics and acids to turn the glucose from starch found in milled corn into fructose? Sounds yummy, doesn’t it?
HFCS and agave nectar are NOT the same. Yes, agave nectar along with fruit, fruit juices, honey and HFCS contain fructose, but the similarity ends here.
The main argument against agave nectar made by so-called experts claims agave nectar’s high fructose content (agave nectar contains about 75% fructose compared to 55% in HFCS) makes it less healthy than HFCS or table sugar. This just isn’t true. It’s time to put an end to this and other unsubstantiated claims about agave nectar.
• Agave nectar is all-natural; it is derived from the agave plant using a non-chemical process.
• Agave nectar does have a high fructose content, which makes it sweeter than HFCS and table
sugar—you’ll need a much smaller amount to sweeten recipes.
• Agave nectar's glycemic index is comparable to fructose, which in turn has a much lower
glycemic index than table sugar.
• Agave nectar is as safe a sweetener as honey or maple syrup; it’s even as safe as apple juice.
The most important thing to remember is agave nectar is a sweetener, and while safer than HFCS or refined white sugar, should still be used in moderation.
When it comes to what we put into our bodies, the more natural the product, the better. Substituting agave nectar for those “other” sweeteners—and remembering less is more—is a simple and easy way to improve overall health and wellness. Any claims you hear contrary to this should be taken with a grain of salt, or in this case, sugar.
For more information on the controversy as well as the facts and the sources for this article, see the following:
http://bit.ly/b3VLN1 (excellent third party article complete with the scientific break-down of agave and HFCS and other scientific information regarding fructose)
Here are four articles that will give you even more information on agave. To read in different formats, use the zoom and fullscreen controls at the bottom and top.
Agave Nectar in Perspective
Agave_Syrup_What It is and What It is Not
Comments on Dr Mercola's Article
Agave Myth Busting
The above articles (with the exception of the second) are from a company that makes agave. Please consider this when making your judgements about agave and read the third party article suggested above to make sure that you are well rounded in your knowledge.
I posted this article because my personal opinion is that agave is a wonderful natural sweetener and is not harmful to your health in normal quantities. I will continue to use agave in the production of the Raw Melissa desserts and hope that this information helps you to feel like a better consumer when choosing those products that are healthiest for you and your family.
Posted by Melissa at Monday, October 04, 2010 5 comments: 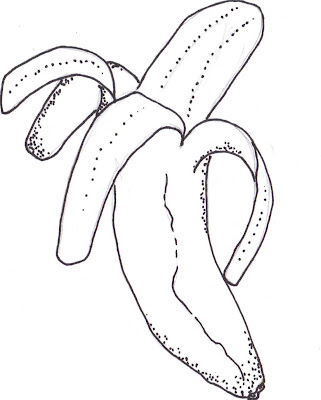 In our Q&A with Raw Melissa - Session Two, Alica asked, "When you freeze bananas, do you freeze them with the peels on or off? If you leave the peels on, how do you get them off the frozen banana? Yes, this is rocket science for me.﻿"

To check out the answer, see the Raw Melissa Facebook Page and click on our notes in the tabs. Meanwhile, here is a great recipe for a Chocolate Banana Shake:

Put everything in a blender and blend until smooth, serve right away. This really is a delicious and creamy chocolate shake! Yum! Let me know if you like it. :)
Posted by Melissa at Friday, October 01, 2010 1 comment: 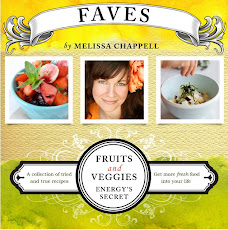 Join us for another great Fresh Food Workshop! 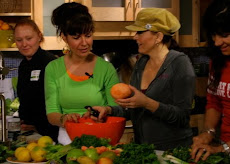 Melissa
Hi! I own a company called Raw Melissa that sells extraordinary healthy gourmet desserts and offers nutrition coaching and education. I was the "Sweets Expert" for The Healthy Living Kids Show, an internet tv program out of Valencia, California, and was a contributor to the recently released book, "Happy Days, Healthy Living" by Cathy Silvers of Happy Days. I have a new cookbook and DVD series that will be available on June 1, 2010. Our products at Raw Melissa are made from only fresh fruits and vegetables, raw nuts and seeds, cold pressed healthy oils and natural sweeteners. We recycle all we can, we use very small amounts of electricity and almost all our packaging is made from materials that are so biodegradable, they can be composted. We strive to buy locally as often as possible and lastly and most importantly, we don't sell anything that doesn't taste absolutely delicious. I'm also lucky enough to have been a doula (birth assistant) and childbirth educator for over a decade, having helped several hundred couples during pregnancy and childbirth and am also one of two DONA Approved Doula Trainers in Utah.